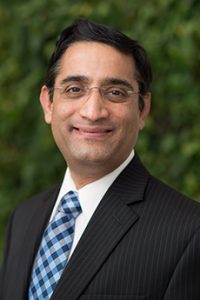 Suresh Subramaniam received the Ph.D. degree in electrical engineering from the University of Washington, Seattle, in 1997. His research interests are in the architectural, algorithmic, and performance aspects of communication networks, with current emphasis on optical networks, cloud computing, and data center networks. He has published over 185peer-reviewed papers in these areas. Dr. Subramaniam is a co-editor of three books on optical networking. He has served as TPC Co-Chair for Globecom 2016 ONS, LANMAN 2014, INFOCOM 2013, ANTS 2008, ICC 2007 ONS, and Globecom 2006 ONS. He is or has been on the editorial boards of the IEEE/ACM Transactions on Networking, IEEE/OSA Journal of Optical Communications and Networking, Elsevier Optical Switching and Networking, Springer Photonic Network Communications, and KICS Journal of Communications and Networks. During 2012 and 2013, he served as the elected Chair of the IEEE Communication Society Optical Networking Technical Committee. He is a co-recipient of Best Paper Awards at ICC 2006 ONS and at the 1997 SPIE Conference on All-Optical Communication Systems. He received the 2017 SEAS Distinguished Researcher Award from George Washington University. He is a Fellow of the IEEE.

Sangeeth
0
We use cookies to ensure that we give you the best experience on our website. If you continue to use this site we will assume that you are happy with it.Ok